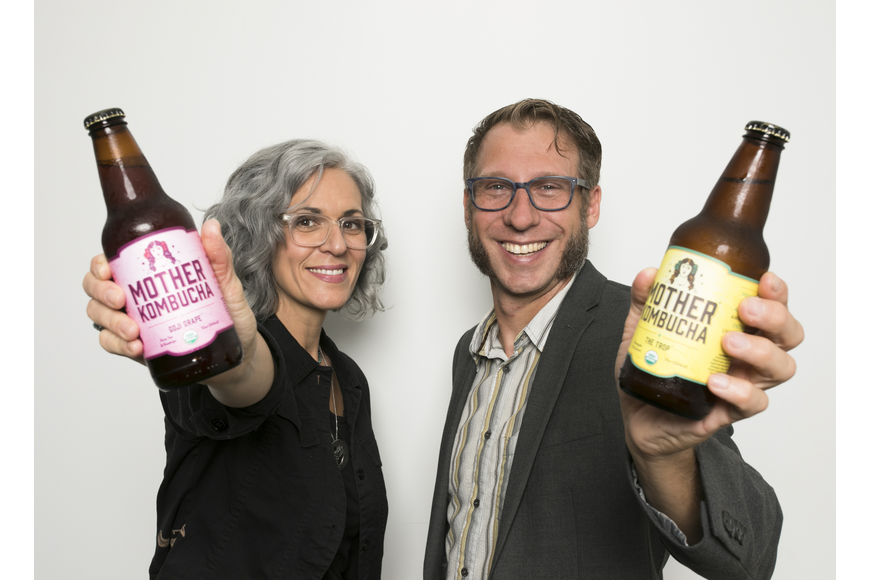 Tonya Donati and Joshua Rumschlag, co-founders of Mother Kombucha in St. Petersburg, say they make kombucha for people who think they don’t like kombucha.

Kombucha, for the uninitiated, is a carbonated beverage made from fermented tea gaining traction as a healthful alternative to soda and other sugary drinks. For many years, it was a product made by home brewers and sold at farmers’ markets, so the quality would vary from batch to batch, which has provoked a “love it or hate it” reaction to its tart, somewhat vinegary taste.

“When I first started,” Rumschlag admits of his home brew, “it was disgusting.”

But for brewers who can get it to taste good, the upside is huge: a beverage loaded with good-for-your-gut-health ingredients, ranging from probiotics and B vitamins to amino acids, enzymes and adaptogens. That’s no small feat in an era when consumers increasingly are on the hunt for products across all categories that promote health and wellness.

Led by Mother Kombucha — a company with 20 employees that recently signed a deal to supply all 803 Publix grocery stores in Florida and is in talks for a trial run with select 7-Eleven locations — kombucha looks poised to have its moment in the sun, and grocery refrigerator section. Privately held Mother Kombucha — which launched in 2014 with $5,000 scraped together by its founders — declines to disclose revenue figures. But Donati says sales have been growing 75%-100% year-over-year since 2016. More…